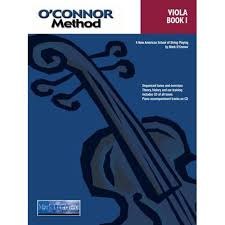 If you teach viola or cello, discover why the O'Connor Method has taken the violin teaching world by storm! Carefully adapted for the unique technical demands for the violist and cellist, the O'Connor Method continues on the path toward allowing each student to thoroughly prepare themselves for the dynamic world of string performance AND fall in love with playing!

Mark O’Connor, arguably the greatest and most famous fiddler of all time, is an American original in every way. Currently at the pinnacle of his remarkable career, Mark has created a new American School of String Playing that promises to quickly take its place among the great works of string pedagogy.  The O'Connor Method employs classic string technique and theory to teach students to become skilled players. But more than that, the O'Connor Method uses familiar traditional American music to engage and motivate the young student. The lavishly illustrated books focus on well known traditional American tunes such as "Oh! Susanna," "Amazing Grace," "Appalachia Waltz" and "Soldier's Joy."

The method seeks to instill a deep appreciation of America's musical history with background stories of all those that contributed to this rich heritage: Immigrants, African-American slaves, soldiers - all of whom together created what has become the new American Classical Music. A unique feature of this method is that through the progressive development of initially simple works, O'Connor demonstrates that there is more than one way to play a piece, adding an 'improvisational' twist not found in other methods. The goal of the O'Connor method is that young people everywhere will fall in love with playing music.