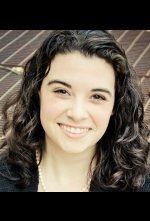 Education
Lauren received her Masters of Music in Vocal Performance from Indiana University in the Spring of 2014 where she studied with accomplished dramatic soprano, Deborah Mayer. She completed her Bachelor of Arts Degree in Vocal Performance from the University of Notre Dame in the Spring of 2010 where she had the opportunity to work with soprano, Georgine Resick, as well as tenor and director of Eugene Opera, Mark Beudert. Lauren has also completed several training programs abroad. During the summer of 2012, she spent six weeks in Oderzo, Italy studying with the Ezio Pinza Council for American Singers of Opera. Noteable instructors and coaches included: Claudia Pinza, Enza Ferrari, Vivica Geneaux and Maurizio Arena. In August of 2013 and 2014, she travelled to Chios and Lesvos, Greece, respectively, to participate in the North Aegean Opera Studio, where she had the amazing fortune of working with with internationally renowned soprano and coach Cheryl Studer.

Experience
Lauren has been teaching beginning and intermediate level voice students for over three years. She has performed in multiple roles with several opera companies. Her most recent highlights include singing the role of Dorothée in Massenet’s Cendrillon and the roles of Mother/Witch in Humperdinck’s Hansel und Gretel with Opera MODO in Detroit, Michigan (2015). Other performances include: Madame de Croissy (2013) in Francis Poulenc’s Dialogues des Carmélites, Marcellina in Wolfgang Amadeus Mozart’s Le Nozze di Figaro (2010) and La Voix de la Tombe in Jacques Offenbach’s Les Contes d’Hoffman (2009), all under the direction of Mark Beudert and conductor John Apeitos with Opera Notre Dame. She also sang the lead role of Josephine in Indiana University South Bend’s production of Gilbert and Sullivan’s H.M.S. Pinafore (2012).

Objective
Though Lauren is classically trained, her passion for music extends across all genres - from Mozart to Madonna. No matter which genre(s) her student hopes to focus on, Lauren’s primary goal is to help this singer build a foundation rooted in classical technique; this is the best method for optimizing vocal efficiency and health. Opportunities for a healthy singer, of any style, are endless! Lessons will consist of working through various types of vocal and breathing exercises in order to enhance a student’s self-awareness of his or her voice and singing mechanism. From this point, teaching methodologies and repertoire will be tailored to meet the needs and goals of each singer. Every mind and voice works differently. Lauren’s goal is to create a positive atmosphere for her students that is conducive to celebrating this uniqueness and promotes the development of a well-rounded musician. Singing is Lauren’s passion, and she cannot wait to share that passion with other eager and talented vocalists!
Availability of Lauren Desrosier
Don't see the time you want? Let Us Help You!