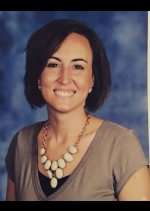 Experience
The piano has been a huge part of Joanne’s life ever since she started playing by ear at the age of 5. Later, after several years of taking lessons, Joanne began her musical career playing in church and at weddings. By age 16, she was on staff as the pianist of West Hall Baptist Church, a position she held for four years before moving to Kennesaw. During her first two years of college, she studied music at Toccoa Falls College, taking lessons under world-renowned pianist You Ju Lee. Upon her move to Kennesaw, she studied music for an additional year before changing her major to Middle Grades Education. During her time as a music major in college, Joanne gained experience in a variety of settings, playing with the college jazz band and participating in various worship services as a vocalist, guitar player and keyboard player. She served as the worship leader for two summers at Camp Pinnacle in Clayton GA, where she also served as a counselor. She also became a sought-after accompanist for other music students, both vocal and instrumental, and played with the KSU Wind Ensemble. Since college, Joanne has continued to develop her musical abilities as she has played for weddings, performed at Lumiere Lounge & Piano Bar in Marietta and played with the Toccoa Jazz Ensemble. Today, Joanne remains involved with music at her church, City on a Hill United Methodist, where she periodically plays keyboard with the worship band. Today, after teaching Reading at Simpson Middle School, she has decided to pursue teaching music full time.. Joanne has taught lessons for the past five years, both privately and in studios. Of all the different places she has performed and accompanied, Joanne feels most rewarded when she is sitting next to the piano, teaching her students to love music as much as she does.

Objective
I’m a pianist, of course, but first and foremost, I’m a teacher at heart. Just as I would have never gotten to where I am today without the piano teachers who molded and shaped me as a musician (and my mom who made sure I practiced), I desire to have that same influence on the students who I work with. Music is a very special avenue through which students can blossom and express themselves. As a fellow musician, I consider myself a mere facilitator of the world of discovery, emotion, and creativity that can open up for a student who has connected with his/her music. The most important aspect of teaching for me is that I cultivate within my students the love of music and a desire to improve and reach new goals. If I can help light that fire of excitement to learn and grow, there is no limit to what they will achieve. I just get to sit back and watch it happen.

Availability of Joanne Dunbar
Don't see the time you want? Let Us Help You!