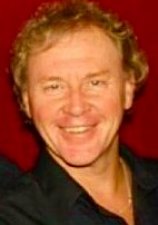 Coming from a musical family, Dan found his love of music and started learning at an early age from them. Hebegan performing in bands and ensembles in high school, and then professionally at 18. Dan took private lessons with the great jazz guitarists Bob Shaw and Sam Caldwell before beginning formal studies at Kennesaw State University. He received a BA in Guitar Performance in 1992, studying classical guitar with David Wright and Mary Akerman, andjazz/pop with Jerry King andDr. Wayne Goins.

Over three decades of teaching and performing, Dan has shared stages with many greats including Carlos Santana, James Brown and Percy Sledge. He has travelled to roughly thirty countries and as many states. He's performed at literally thousands of private events, concerts, night clubs, and recording studios. He has appeared on several television and radio shows, as well as appearing in a couple of movie scenes, ("band in the background").

Dan also enjoys composing and helping students with their writing. He has written and recorded music featured in several national advertising campaigns, and for educational institutions and corporate productions, including the Creative Discovery Museum in Chattanooga and The Georgia Music Hall of Fame in Macon. Dan is proficient with digital recording and music software, and enjoys helping interested students with that as well.

He has had many students over the years who have themselves gone on to perform professionally (such as on the tv show"The Voice", and one who's currently full time at Disney world)  Several of his past students now teach music themselves. He has also had other teachers take lessons from him, over the years.

Dan continues to perform regionally and still loves teaching all levels, ages and styles of music.

-To facilitate and accelerate the student's progress to proficiency at their musical aims.

There are many approaches to playing the instrument, (such as accompanying the voice, solo arranging, improvising, reading music...), as well as a myriad of styles and genres that students may be interested in. While the fundamentals should be in place for any of these, tailoring a custom program that fits each student's tastes and level is very important in keeping lessons fun, positive and exciting. Dan accesses the internet during lessons as a valuable resource and with many students records their projects and original music towards these ends.

He always spirals in Music Theory, to understand and practice its architecture, and to help the student learn to 'play by ear'.

A good music coach brings his experience into each element of this process, to speed the student's success and reduce the struggle of learning an instrument.

Availability of Dan Manning
Don't see the time you want? Let Us Help You!